You can do this! Our tip sheet will help you create the garden you're imagining!

Fall Flowers in My Northwest Garden 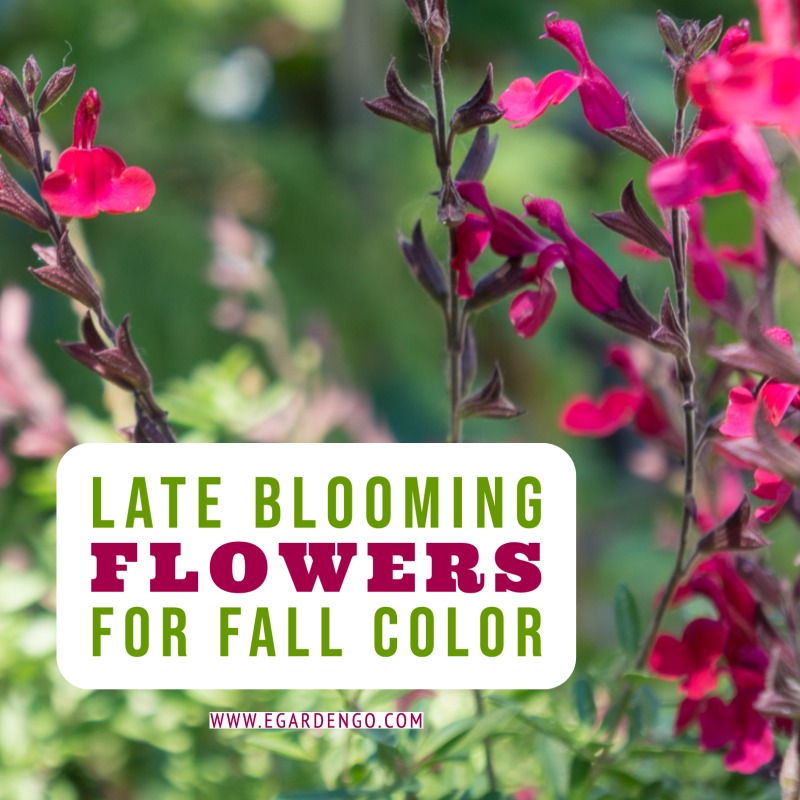 I talk a lot about the importance of attractive, colorful foliage; contrasting textures; and creating engaging compositions that rely upon a variety of plant shapes. These are the things I like to think about when choosing plants for my garden. But I'm a flower floozy too.

I'm especially fond of long bloomers, late bloomers, and annuals that "go for the burn", sprinting all the way to the finish line. In the post that I link to below, you'll find some highlights from my garden today—blooming plants that keep on keeping on. Some of them have been going steady for months, others joined in with the advent of fall, and some are enjoying a second wind after taking a break.

For now, I'm enjoying how they extend the season. When the rains come and the weather cools, the flowers will surely fade and fall away. But today, they're bringing me great joy. I hope you enjoy them too.

Be on the lookout for links in the message below—click through for more info about the plant shown and/or explore similar plants and get ideas of what to plant with them.

I grow about a half dozen flowering maples in my garden and they're pretty much all still going strong. Pictured above is Abutilon 'Marian'. I've been growing this one my garden along the south side of my house for several years. So far, it's wintered over for me without skipping a beat. This year is rumored to be a cold one, so that may (or may not) be the end of it. I suspect it'll be fine. It has been covered in blooms pretty much all summer. The hummers love it and so do I!

Fall blooming asters are one of the easiest and most reliable of the fall bloomers. I've had these in my gardens for many years. Though I can't tell you the exact variety. It could be Aster nova-belgii 'Professor Kippenberg'. If not, they're very similar. They have reliably, but politely, self-seeded in my garden so that each year they travel about, lodging themselves in where they're most comfortable.

This container was planted year before last (click the photo to see last year's plant combo recipe). Because of last year's very mild winter, I was pleasantly surprised that several of the normally tender plants survived and thrived for another year. I discovered Begonia 'Canary Wing' last year and have used it in several containers. It is robust and easy to grow. I've taken some cuttings of this one in case it doesn't make it through the upcoming winter. It's a keeper and one that I will use again and again.

This particular tickseed, Coreopsis Big Bang™ 'Cosmic Eye', has been in my garden for quite a few years. This year it has had about three flushes of bloom. This most recent is a bit more sparse, but still plugging along. There are lots of varieties of Coreopsis like this one that are winter hardy. But be aware, not all. Some of the fancy, fun colors aren't as winter hardy, so look out for that.

I don't have very many spots that are truly full sun, so this is one of the few dahlia that I have in my garden right now. It's called Dahlia 'Mystic Wonder'. Mostly I'm relegated to enjoying the gorgeous dahlias spied on neighborhood walks. There are many that are still providing plenty of flowers for garden and vase.

My garden is well-suited for hardy Fuchsia and I have about a half-dozen of so, all of which are still flowering to varying degrees. Though they appreciate sun, they're not beholding to it. So my garden, with its variable and changing light, works well for them. They are such a hard-working group of perennials, blooming until late in the year—usually until a killing frost. If you choose carefully, there are many varieties are reliably winter hardy for us. Pictured above is Fuchsia 'Golden Herald'.

Drought-tolerant, long-blooming, easy-going. What a workhorse! Pictured above is a blanket flower called Gaillardia 'Arizona Red Shades' and though it's looking a bit bedraggled, this guy has been blooming non-stop since early summer. I did deadhead it several times over the summer, which I'm sure helped.

Most of my roses have pretty much petered out for the season, with just a few scattered blooms here and there. This one however, is having a very strong repeat bloom. I don't have this one on the site yet, but will try to get it up soon. It's called Rosa 'Zlesak Poly 3' Oso Happy® Smoothie and I've been growing it for quite a few years. It's a shrub rose that I've found to be extremely disease resistant, long-flowering, and stays relatively small.

I couldn't decide which Salvia to feature, so I included two photos above. These are both still blooming in my garden. The first one, Salvia gregii 'Mirage Hot Pink' is a low-growing, compact variety that gets about 18" x 18". The blue-flowering Salvia 'Amistad' is a big one—I have several and they range from 3 to 4 feet tall and about 2' to 3' wide. Both varieties have been keeping the hummingbirds satisfied for months. 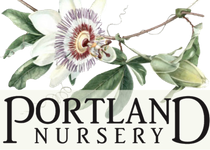 A Passion for Plants
A Nursery for Plant People

Copyright Notice © 2020 Darcy Daniels and eGardenGo™ LLC. All rights reserved. Unauthorized use and/or duplication of any content, including images, without express written permission from this blog's author and/or owner is strictly prohibited.